A downloadable game for Windows and Linux

"Tomato" or "Tomato"? Whichever way you pronounce it, when you get behind better hope you can... ketchup!

Can we really squeeze 64 players at once into a Godot game? Let's find out!

Note: This is an online only, multiplayer game. Online features are implemented via Epic Online Services. No Epic or other account required.

Use these keyboard controls to move:

Walk over a tomato to pick it up and increase your team's tomato sauce supply!

Pop next door to eat a sausage* to reduce your neighbour's tomato sauce supply.

...but your tomato sauce supplies are running low!

And those pesky neighbours from next door who always pronounce "tomato" wrong are having a BBQ too!

You & your guests collect tomatoes to make sure you don't run out of tomato sauce in a competition to retain the coveted neighbourhood title of "Summer BBQ that's Not Bad".

0. I don't know what will happen with 64 players. The game might blow up then or even with fewer players. (There's definitely going to be an issue if everyone in the lobby has an associated score. But "fortunately"...)

3. There's currently no Mac exported version. I might be able to do this on request but when I tried during development the export from Linux to Mac didn't work without some mucking around in Terminal.

4. And many more, collect them all to complete the set! :D

5. I didn't manage to write up all the related credits, Epic Online Services Terms & Conditions etc. You can find out more about those via an earlier project of mine (https://rancidbacon.itch.io/the-endov-society) and/or via https://gitlab.com/RancidBacon/epic-online-services-for-godot.

6. [Known Issues Update #1] When a player leaves, their character remains on screen for other existing players but not for any new players who join.

7. [Known Issues Update #1] All players start in the same place which will result in odd overlaps in rendering if you join just after someone else has joined & hasn't yet moved.

Thanks for your interest, let me know if you have any questions and/or you get a screen shot of 64 players. :) 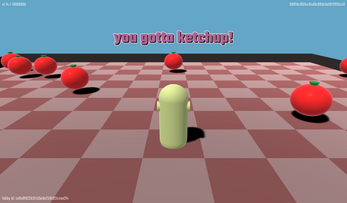 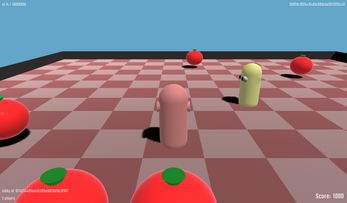 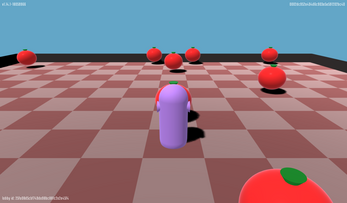 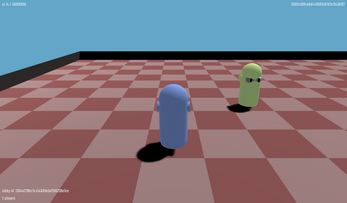